Was buying a house in the 90's easier? 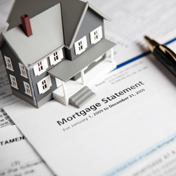 For many millennials looking to buy today, all we hear is how difficult it is for them to get on the property ladder. Naturally, the assumption is that it’s ‘never been harder to get on the ladder’ and that our parents had it much easier. But is that really true? Was buying a house in the 90s really any easier than it is buying now?

Mortgage Advice Bureau spoke to Kate Faulkner, one of the UK’s leading experts, about her experience of buying in the 90s:

When I bought my first home in 1993, it was considered one of the cheapest times to get ‘on the ladder’. One thing that helped was not having as much to spend our money on.

What was different about house buying in the 90s vs now?

Hardly anyone I knew took foreign holidays or had weekend breaks, and they certainly weren’t buying barista coffee every day. You only had a mobile phone if you were in sales and your company provided one; there was no internet or TV streaming services. Overall there was a lot less pressure on people to spend so much on daily living, which therefore made it easier to save money towards buying a house.

But prior to the late 80s, fixed rate mortgages weren’t as common as they are today, and between February and November 1990, interest rates hit an all-time high of 15.4%. Compare that to the long-term fixed rates of 2-3% that buyers have access to today.

Was it easier to get a mortgage in the 90s?

According to Nationwide, in the 90s first time buyers in the UK spent, on average, around 50% of their net annual income on mortgage payments. That’s a big hit to the wallet of any first time buyer, then or now. For some, it was unsustainable and meant owning a home wasn’t always quite the dream it was made out to be, and this wasn’t uncommon when buying a house in the 90s.

During the major property recession that hit between 1990 and 1995, around 345,200 people had their homes repossessed. Compare that to the last recession we had between 2008 and 2012, when 198,600 homes were repossessed. That’s 40% fewer homeowners losing their home, even in one of our worst markets.

Why is it harder to buy a house now?

Buying a home is a big commitment. Today it’s harder to save for a deposit but in the past, mortgage rates were a lot higher. However, today, once you’re on the ladder, you’re less likely to lose your home. You just need to find a way to tackle the thing most first time buyers today are struggling with: pulling together that initial deposit. But guess what? It could be easier to get there than you think.

If you’re thinking about taking your first step onto the property ladder and don’t hesitate to get in touch with any questions you might have on 0161 925 3255.